New homes plan at former Holywell hospital site looks set to be given the go ahead
April 1, 2019by Marijana

Almost 30 new homes look set to be created both in and around a derelict hospital.

Proposals to transform the infirmary wing of the former Lluesty Hospital in Holywell into 14 apartments have been recommended for approval.

If the move is ratified by politicians next week, 15 new houses would also be built on the surrounding land.

The building been out of use since the new Holywell Community Hospital opened in 2008.

It was originally constructed as a workhouse in the late 1830s before becoming a hospital in 1948. 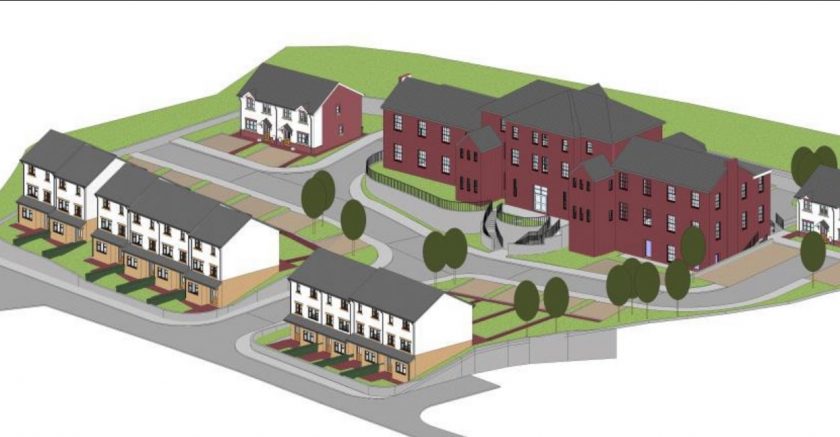 Planning officials in Flintshire have given the scheme their backing, stating that it will secure the long term future of the Grade II listed property.

In a report, Andrew Farrow, the local authority’s chief planning officer, said: “The site has been vacant since the hospital closed and has fallen into disrepair prior to purchase.

“The application site consists of part of the former Lluesty Hospital and contains the Edwardian infirmary wing of the former hospital and two air raid shelters together with associated roads and car parking.

“It is a previously developed site and the proposal seeks to regenerate a highly visible large derelict building which is part of the curtilage listing of the wider site.

“The development therefore meets the aims of Planning Policy Wales and would make a significant contribution to the housing land supply.

“As the scheme removes buildings within the site of lesser architectural merit and preserves the bespoke architectural character of the curtilage building in association with the adjacent listed buildings and their setting, it is considered that the principle of the proposal is acceptable.”

The application is separate to the existing planning permission granted for 89 homes on another area of the site in 2016.

According to the company behind the proposals, WW Construction Limited, the infirmary wing is now separately owned.

No objections have been received in response to the proposals.

Mr Farrow has recommended the plans for approval subject to the firm entering a legal agreement to pay more than £12,000 towards improving the play area at Fron Park in Holywell.

Meanwhile, a similar sum would need to be given to enhanced facilities at Holway Play Area in the town.

The development will be considered by Flintshire Council’s planning committee on Wednesday, 3 April.